Frontkjemper, Norweigian SS Front Fighters Badge nicely aged.  It has the correct maker marks or Ges. Gesch. on the reverse.

The Norwegian “Frontkjemper” (Front-Fighter) badge was instituted in October 1943, and awarded for bravery to Waffen-SS Norwegian legionnaires who saw action on the Eastern Front from 1941 to 1945. The badge was made by the Oslo firm “Holmsen” and was issued in one class only, silver.

The badge depicts a Nordic warrior holding a shield and drawn sword, and standing in an archway, which bore the lettering “FRONT KJEMPER” (Front Fighter) in pseudo runic script. 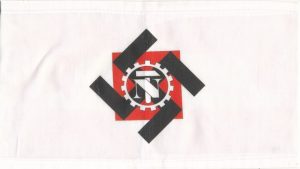 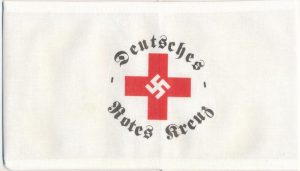 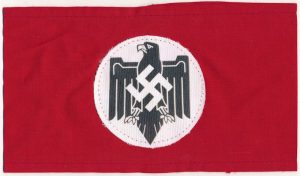 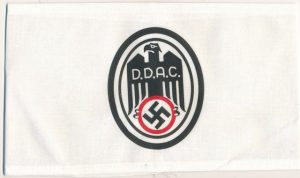